The FAB is the national federation against the burning of biomass and deforestation. Our organization consists of various action groups and foundations from the Netherlands.

We are both for the protection of existing trees and forests and for their expansion inside and outside Europe.
The FAB cooperates with several international organizations to prevent the felling and burning of trees for the generation of energy through actions and campaigns, information provision and distribution and lobbying activities. We are explicitly not a closed organization but and are open to anyone who wants to make an effort for this cause. 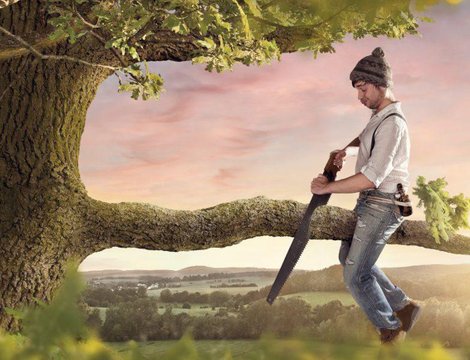 You may be wondering why biomass plants are opening so easily even though there is so much protest against it. Our pro-biomass lobby research shows that millions are being put into the lobby world of the biomass power stations by, among others, the energy companies, politicians, scientists and investors. On November 4 we published part 1:

Letter to RWE investors about the investment risks of biomass

Not only the energy companies and politicians are to blame for the rise of the biomass plants. Investors also play an important role even though they should be taking responsibility for our health, nature, climate and the future. Therefore, together with international organizations, we have written a letter to the RWE investor: 2019-11-08-thefab-biofuelwatch-dogwoodalliance-environmentalpapernetwork-letter-to-rwe-financiers-on-the-risks-of-investing-in-biomass-english.pdf

For decades there has been a conflict of interest in the science that is practiced around the subject of energy. In part 3 of the pro-biomass lobby research we show that financial incentives make it difficult for scientists to come up with objective research results and that they are influenced by companies and politicians in their research methods.

We also show that scientists hold additional functions that cause conflicts of interests. They take positions in commercial companies, set up conflicting companies themselves or they enter into alliances with stakeholders. This seriously jeopardizes the objectivity of their research. We have also shown that scientists go into politics and in policy-making give priority to the interests of their own enterprise or the interests of the companies with which they collaborate. Finally, we show that the sustainability programs that are responsible for guaranteeing the sustainability of the entire chain of biomass combustion consistently consist of prominent people from the energy and biomass sectors.

Every part in the biomass chain, from certification, harvesting, production, trade, transport to incineration and procurement of subsidies is infused with conflicts of interest. It is a shock to us that this way of acting is legal. We find it ethically irresponsible and reprehensible that scientists associated with the Copernicus Institute, that presents itself as an independent institute for sustainable development, in our eyes are concerned with big scale-paid greenwashing for organizations such as RWE Essent who are demonstrably guilty of causing damage to our health, nature, the environment and therefore our future. This article (part 3) about Martin Junginger is part of an extensive study of the paid pro-biomass lobby activities of scientists in the Netherlands: