The FAB is the national federation against the burning of biomass and deforestation. Our organization consists of various action groups and foundations from the Netherlands.

We are both for the protection of existing trees and forests and for their expansion inside and outside Europe.
The FAB cooperates with several international organizations to prevent the felling and burning of trees for the generation of energy through actions and campaigns, information provision and distribution and lobbying activities. We are explicitly not a closed organization but and are open to anyone who wants to make an effort for this cause.

Petition: The EU must protect forests, not burn them for energy

To conserve our nature and prevent the worst impacts of climate change, it is crucial to commit to protecting and restoring our natural forests. Yet our concerted efforts to conserve our forests and planet are systematically undermined by EU leaders. EU policy falsely and misleadingly promotes the burning of wood from forests as 'CO2-free' renewable energy. As a result, logging in our forests and the associated greenhouse gas emissions are increasing. Felling and burning forests is bad for health, nature, the climate and therefore our future. Yet every year the EU is becoming more dependent on burning wood to meet its renewable energy targets. Consumers are forced to give up billions in subsidies every year for this false and deceptive climate measure. This is a waste of money.

The Federation against Biomass Power Plants, in collaboration with several international organizations, has set up a petition that we will soon hand over to Vice President of the European Commission Frans Timmermans and the governments of the EU Member States to drastically change this disastrous policy. We could really use your support!

Greenpeace stated the report was a cowardly and PBL unworthy report, Johan Vollenbroek stated the report missed all the essentials and the Federation against Biomass plants & Deforestation agrees. The PBL report doesn’t provide the necessary recommendations for a good climate policy and states that Dutch climate policy can’t do without the burning of biomass. This statement is false. On the contrary, biomass combustion increases the climate problem, causes damage to our health and reduces biodiversity. Read our full statement on the PBL report here: 2020-05-08-thefab-response-to-pbl-report-on-the-availability-and-applications-of-sustainable-biomass-english.pdf

The Federation against Biomass Plants and Deforestation contributed to the research by the Netherlands Environmental Assessment Agency (PBL) which will be used as the basis for the advice of the Social and Economic Council (SER) on the availability of sustainable biomass and its application possibilities in the Netherlands with regard to new biomass policy of the Dutch Government. The entire PBL investigation is a total scam, but we have provided our input in preparation for the multiple lawsuits that we are preparing. We have added the link to the main document of our contribution below: 2020-03-16-edsp-eco-input-for-the-gov-nl-pbl-research-on-the-availability-of-sustainable-biomass-and-usage-in-the-netherlands-english.pdf 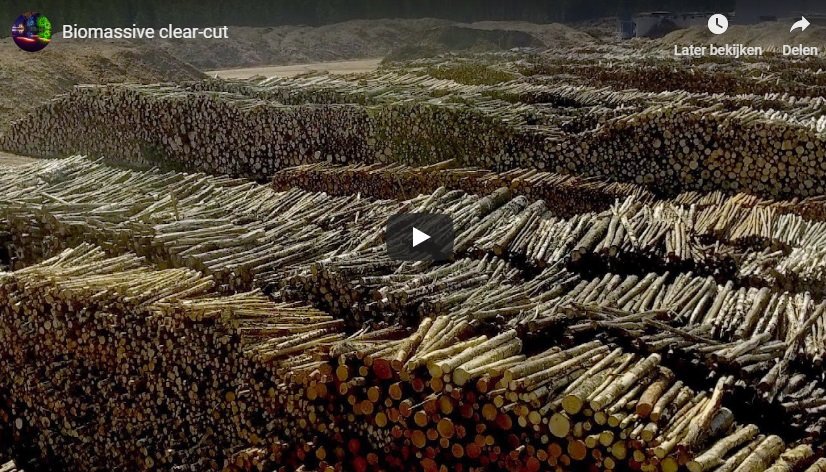 You may be wondering why biomass plants are opening so easily even though there is so much protest against it. Our pro-biomass lobby research shows that millions are being put into the lobby world of the biomass power stations by, among others, the energy companies, politicians, scientists and investors. This article is part of an extensive research into the paid pro-biomass lobby activities in the Netherlands: 2020-03-16-edsp-eco-pro-biomass-lobbyfacts-research-part-1-the-energy-companies-english.pdf

Letter to RWE investors about the investment risks of biomass

Not only the energy companies and politicians are to blame for the rise of the biomass plants. Investors also play an important role even though they should be taking responsibility for our health, nature, climate and the future. Therefore, together with international organizations, we have written a letter to the RWE investor: 2019-11-08-thefab-biofuelwatch-dogwoodalliance-environmentalpapernetwork-letter-to-rwe-financiers-on-the-risks-of-investing-in-biomass-english.pdf

For decades there has been a conflict of interest in the science that is practiced around the subject of energy. In part 3 of the pro-biomass lobby research we show that financial incentives make it difficult for scientists to come up with objective research results and that they are influenced by companies and politicians in their research methods.

We also show that scientists hold additional functions that cause conflicts of interests. They take positions in commercial companies, set up conflicting companies themselves or they enter into alliances with stakeholders. This seriously jeopardizes the objectivity of their research. We have also shown that scientists go into politics and in policy-making give priority to the interests of their own enterprise or the interests of the companies with which they collaborate. Finally, we show that the sustainability programs that are responsible for guaranteeing the sustainability of the entire chain of biomass combustion consistently consist of prominent people from the energy and biomass sectors.

Every part in the biomass chain, from certification, harvesting, production, trade, transport to incineration and procurement of subsidies is infused with conflicts of interest. It is a shock to us that this way of acting is legal. We find it ethically irresponsible and reprehensible that scientists associated with the Copernicus Institute, that presents itself as an independent institute for sustainable development, in our eyes are concerned with big scale-paid greenwashing for organizations such as RWE Essent who are demonstrably guilty of causing damage to our health, nature, the environment and therefore our future. This article is part of an extensive study on the paid pro-biomass lobby activities in the Netherlands: 2020-03-16-edsp-eco-pro-biomass-lobbyfacts-research-part-3-rwe-essent-and-the-scientists-of-the-copernicus-institute-english.pdf 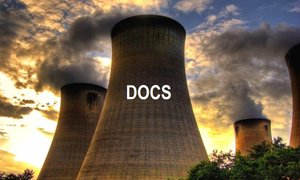 This webpage contains hundreds of research articles and reports on the impact of the logging and burning of woody biomass and all the issues and risks surrounding it which we have read and analyzed as a basis for this website. 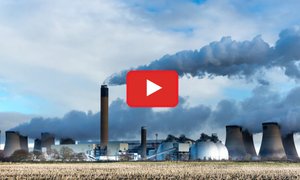 This webpage contains all the national and international videos about the logging and burning of woody biomass and the actions of the 200 organizations trying to prevent them from burning down our forests and polluting our environment. 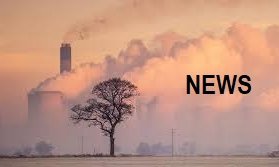 This webpage contains all the national and international news items about the logging and burning of woody biomass and the actions of the 200 organizations trying to prevent them from burning down our forests and polluting our environment. 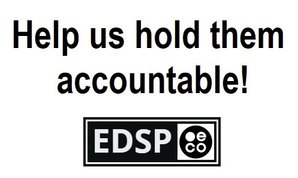 We will have to hold the politicians accountable for the disaster which they are causing by stealing our taxes and giving it to the owners and shareholders of dirty billion dollar companies. Asking them politely is not going to work. Help us prosecute them! 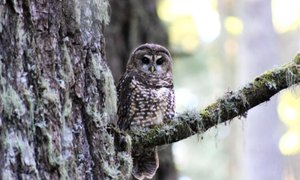 This webpage contains the quotes, claims and statements from international research papers on the impact of logging and burning woody biomass on the earths biodiversity. The UN claims 1 million species are about to go extinct. We are running out of time. 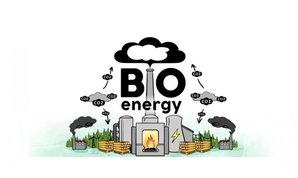 This webpage contains the quotes, claims and statements from international research papers on Carbon Dioxide emissions caused by the logging, transport and burning of woody biomass and the impact it has on climate change. 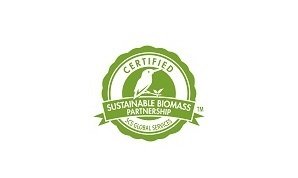 This webpage contains the quotes, claims and statements on certification, regulations, monitoring and schemes required for the sustainable woody biomass supply chain obtained from official documents and international research papers. 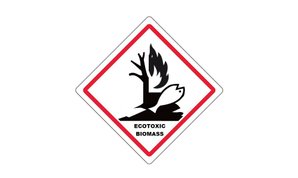 This page contains the quotes, claims and statements from official documents and international research papers on the ecotoxicity of burning woody biomass and the effect it causes on our health and environment. 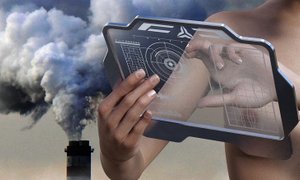 This page contains the quotes, claims and statements from official documents and international research papers on the many health risks and the millions of early deaths caused annually by the logging and burning of woody biomass. 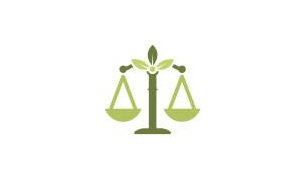 This page contains the quotes, claims and statements from official documents and international research papers on the legal national & international framework in which the logging and burning of woody biomass is to be placed. 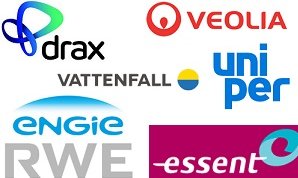 This page contains the results of our pro biomass lobby research which shows that millions are put into the lobby world of the biomass plants every year by, among others, the energy companies, the banks, politicians, scientists and investors. 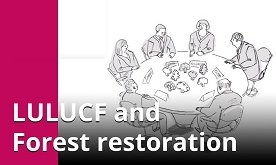 This page contains the quotes, claims and official research results that show that the current subsidy rules undermine the goal of reducing greenhouse gas emissions and violate treaty obligations and fundamental human rights. 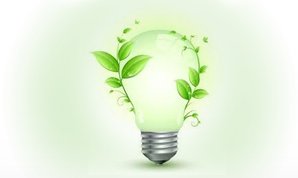 This page contains the many eco-friendly solutions gathered from international research papers or provided by organizations to globally replace the burning of fossil fuels or woody biomass used to produce electricity or heat. 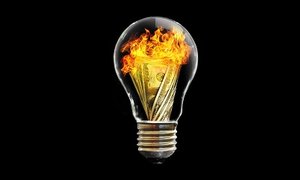 This webpage contains the quotes, claims and statements from official documents and international research papers on the massive amount of subsidies provided for the burning of woody biomass to produce electricity or heat. 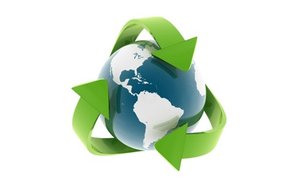 This page contains the quotes, claims and statements from official documents and international research papers on the sustainability requirements and status of the logging and burning of woody biomass for the production of electricity or heat. 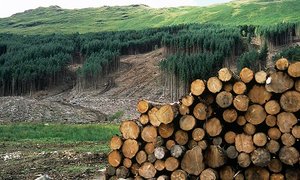 This page contains the quotes, claims and statements from official documents and international research papers on the logging of whole trees used for the burning of woody biomass for the production of electricity or heat. 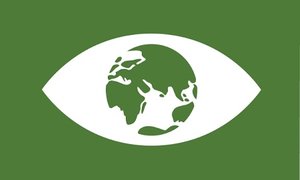 This webpage contains all the actions & campagnes we gathered from the more than 200 international organizations which you can assist and support to prevent the logging and burning of woody biomass to produce electricity or heat.